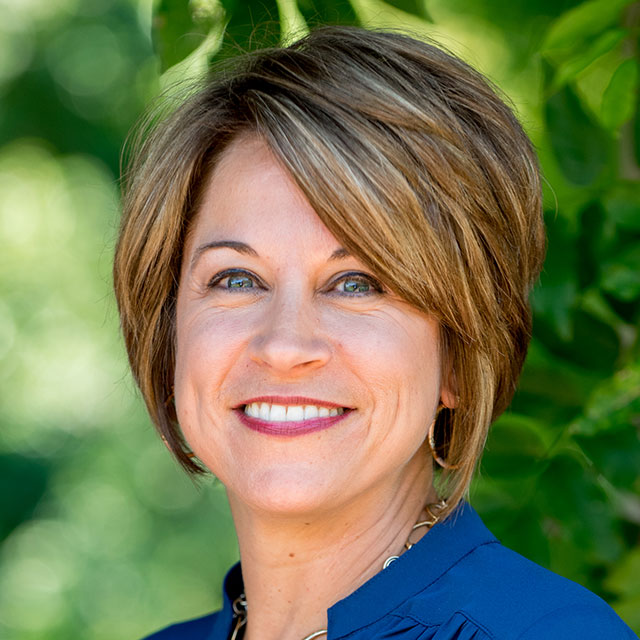 Marisa Geitner began her career at Heritage Christian Services by working directly with people who have intellectual and developmental disabilities. Her hard work and dedication to our mission were crucial to the agency’s growth and her continued development as a leader. Since 2013, she has served as president and C.E.O.

Geitner believes in offering meaningful life and work experiences to the people who choose our services and to our 3,200 employees. She lives out this belief by challenging the status quo – pushing to exceed quality standards for services and employment practices – and advocating for the equity of all people. Her impact has been seen in the increased wages for direct support workers. Not only were caring professionals recognized for their dedicated service, but this movement boosted the self-sufficiency of 1,650 direct support professionals at HCS, and aligned with regional anti-poverty initiatives. In addition, she is an industrious community collaborator who invites diverse perspectives to inform strategic expansion of the agency and address unmet needs of our community.

In addition to her work and family, Geitner invests in local communities. She serves on several boards including The Lifetime Health Care Companies; Mercy Flight Central; Person Centered Services Care Coordinating Organization; the National Council of Christians of Renewal and Compassion; and the Nazareth College Board of Trustees. She is chair of the Home Care of Rochester Advisory Board and a member of the Excellus Rochester Regional Advisory Board and the University of Rochester Medical Center Complex Care Center Advisory Board. In addition, she volunteers through her local church and food pantry.

She has been recognized by the Greater Rochester Chamber of Commerce Women’s Council as an ATHENA honoree and by the Rochester Business Journal as a Woman of Influence, Power 100 leader, Circle of Excellence inductee and more.

Geitner graduated from Nazareth College with a bachelor’s degree in education and a master’s degree in speech and language pathology and holds a Diversity and Inclusion Certificate from Cornell University. She also received an honorary Doctor of Humane Letters from her alma mater to recognize her diligent and heartfelt service to the college and the broader community. 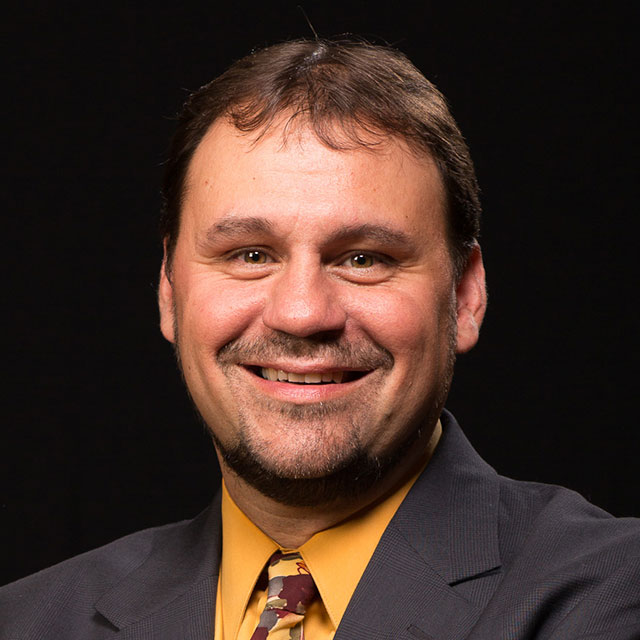 Drew Bielemeier started working with people with developmental disabilities at Newark Developmental Center when he was in high school. He began at Heritage Christian by working direct support in its residential program and is now senior vice president of operations.

Bielemeier has overseen the quality of the agency’s day, residential, respite and community services programs and helped lead the agency to become one of the top providers in New York. He has been instrumental in Heritage Christian’s growth into self-directed services, community habilitation, employment services and CDPAP. He has collaborated with many others in the field to empower people with intellectual and developmental disabilities and led the creation of customized residential options at Heritage Christian Services. He works to make sure people with developmental disabilities get access to quality-of-life experiences like vacations, skiing and outrigger canoeing. He has worked closely with advocacy organizations and political leaders to address policy and wage concerns in the industry.

In addition to his work at Heritage Christian, Bielemeier serves on the board of directors at Challenger Miracle Field of Greater Rochester; the Rochester Press/Radio Club and Lakefront Soccer Club.

Bielemeier graduated from SUNY Geneseo with a bachelor’s degree in sociology and political science. He was honored by the Rochester Business Journal as a Forty Under 40 class member. 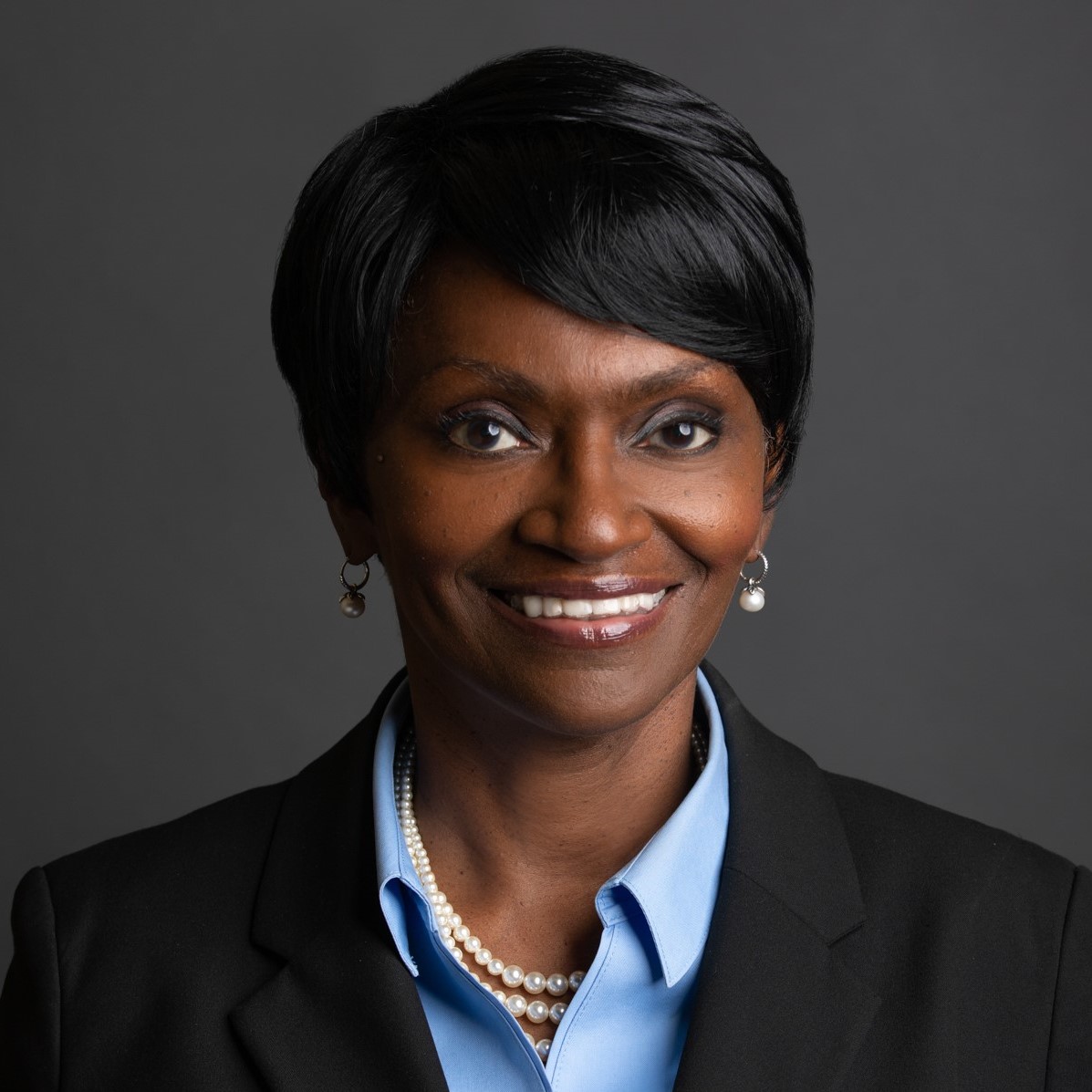 Donna Mostiller joined Heritage Christian Services as senior vice president of people and culture. In this role, Mostiller advances diversity and inclusion initiatives as well as works to operationalize justice and equity in our employment philosophies and practices.

Mostiller leads our Department of Workforce & Talent Development, ensuring that our workforce of more than 3,200 across Rochester and Buffalo have access to professional development opportunities, staff wellness services, top-notch employee benefits and equitable pay. She also reinforces our commitment to cultivating employee relations. She helps to strengthen our culture of care and recognition to enrich each person’s work experience and increase the agency’s capacity to attract and retain people who have a passion to serve others.

For more than two decades, Mostiller has held leadership and executive positions for not-for-profit agencies, most recently leading the Office of Human Resources at Niagara University in Lewiston. She also served in HR leadership for Girl Scouts of Western New York; People, Inc.; YWCA of Western New York; and Clarkson Center for Human Services.

She is a board member for the Belmont Housing Resources of WNY, and holds Senior Professional in Human Resources certification from HRCI. Mostiller graduated from Oberlin College in Ohio and earned her Master of Business Administration degree at Medaille College in Buffalo. 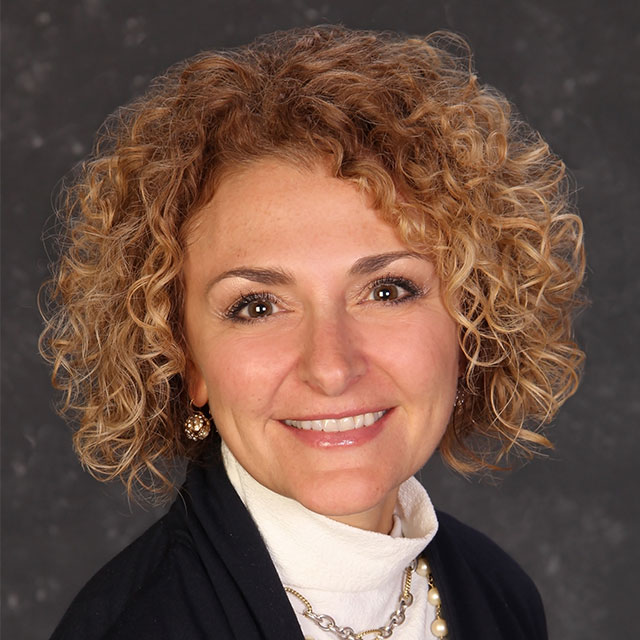 She has experience in both publicly traded and private companies and spent time in a start-up entrepreneurial environment. She brings all of that experience to HCS, as well as her leadership, collaboration and project management skills. Before coming to HCS, she served as director of the global accounting office at Sutherland Global Services and worked as the chief financial officer for IVEDiX, Inc. Prior to that, she spent 11 years at Bausch + Lomb with her last role being the Director of Finance for global research and development.

She is a 2020 graduate of Leadership Rochester and spends her time volunteering at HCS’s A Second Thought resale shop. She has also volunteered by serving on the Cheers for Children Committee at Bivona Child Advocacy Center. 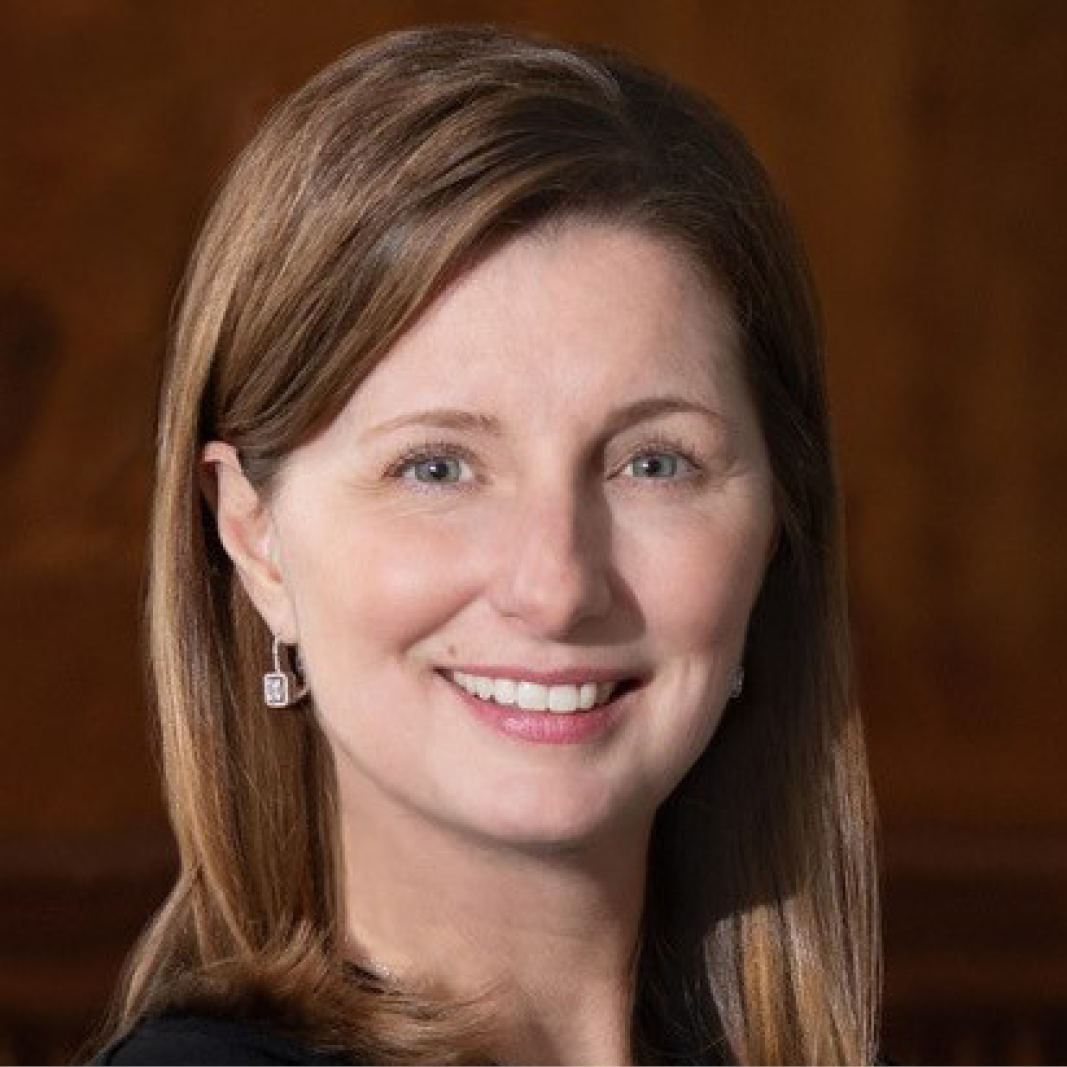 Business Analytics and Strategy, Advisor to the President

Laura Ryan is advisor to the president, leading collaboration around strategy and structuring and analyzing business data insights. In this role, Ryan builds a cadence around the agency’s strategic plan to ensure measurable outcomes, as well as identify and optimize processes and system efficiencies.

Ryan’s current work is a culmination of her early experience in mechanical engineering and her expertise in the science of creativity and change leadership. She was president of LAMA Innovation, where she taught globally at corporations and universities, sharing her knowledge of innovation, strategy and change leadership. In addition, Ryan holds certificates in Six Sigma, Lean Practices and FourSight.

She was a member of the Foundation Board of The Summit Center for nine years, a provider of evidence-based educational programs for children and adults with developmental, social and behavioral challenges. Additionally, she has been recognized by Buffalo Business First as Woman of Influence.

Ryan earned her Bachelor of Science in mechanical engineering from Boston University and holds a Master of Science in creativity and change leadership from SUNY Buffalo State College. 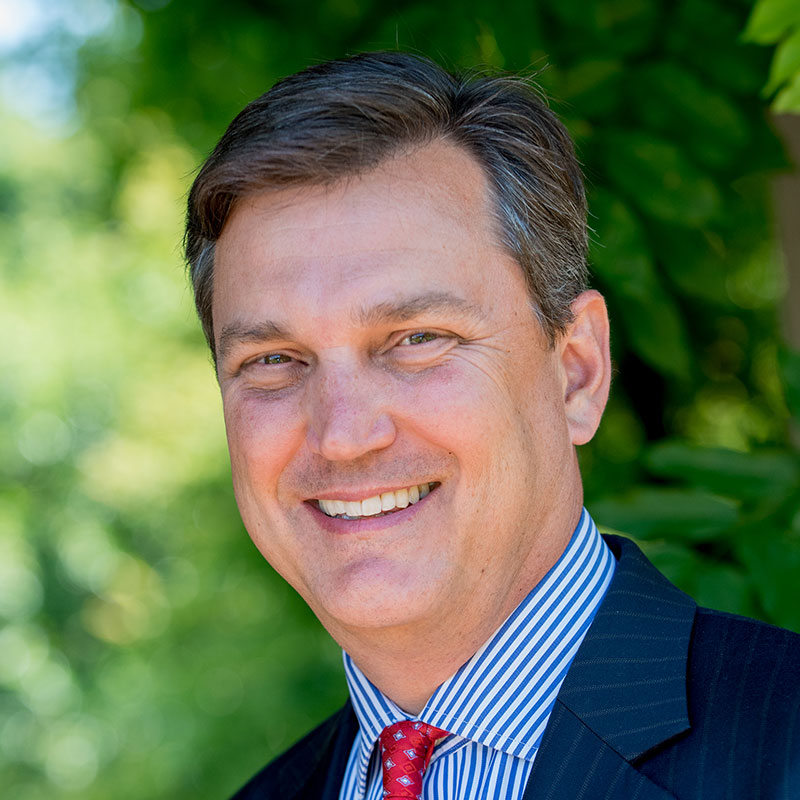 Mark Zawacki joined Heritage Christian Services in 2007 as the executive director of the Heritage Christian Services Foundation and the agency’s vice president of advancement. Before that, he worked at Hobart and William Smith Colleges in Geneva, where he was a major gifts officer, and at WXXI Public Broadcasting in Rochester, where he managed corporate partnerships. Additionally, he served as a National Sponsorship Director for PBS and WGBH in Boston where he secured sponsorships for national programming. Zawacki started his career in television, working on such programs as Saved by the Bell, The Tonight Show with Jay Leno and The NFL on Fox. He also worked in local news as a sports anchor in Burlington, Vermont, and Elmira, New York.

He draws on all of that experience to oversee assets within the Foundation, to build the endowment and to lead fundraising activities. In his time here, he has successfully expanded fundraising, including the agency’s leadership giving and estate giving programs. He also formalized a planned giving program and created the Heritage Hero Run + Stroll + Roll.

Zawacki’s commitment to giving extends outside his career with community involvement that includes Rochester Rotary, Association of Fundraising Professionals of Genesee Valley and the Planned Giving Council of Western New York. Zawacki is a member of the Executive MBA Advisory Council at the William E. Simon School of Business, Hoselton Foundation Board of Directors as well as the Friends of Sutherland Baseball Board. He serves on the Planned Giving Committee for the Seneca Park Zoo and on the Development Committee for the Charles Finney School. Zawacki ran the Boston Marathon in 2017 in honor of his mother and raised $7,500 for Spaulding Rehabilitation Hospital Boston, the center that helped his mother with recovery from a stroke. 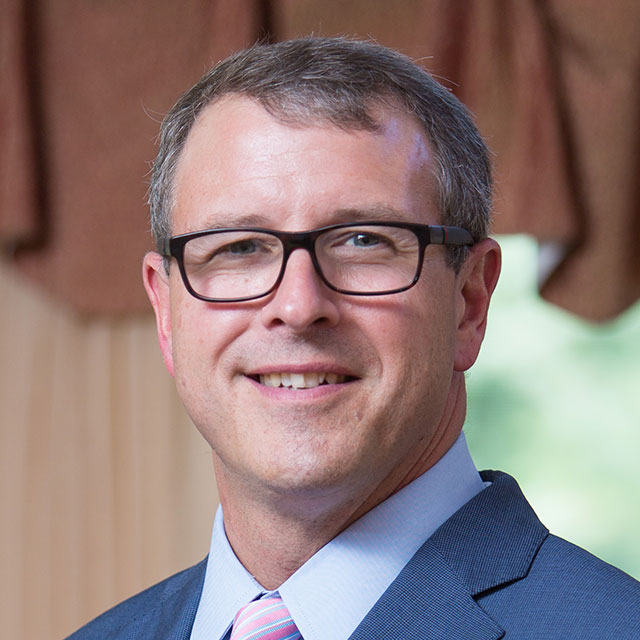 In his time at Heritage Christian, Collard has overseen the growth of services and strengthened relationships in the Buffalo area. He is committed to learning, wellness and creating a best-in-class work experience for his team. Before coming to HCS, he worked as vice president at Advanced Care Physical Therapy, where he opened new offices, grew the business and saw improved patient satisfaction. Before that, he led departments at Independent Health and in the telecommunications field. He also served as a business development consultant at Athenex Pharmaceuticals.

Collard is a board member at Roswell Park Comprehensive Cancer Center and is actively involved in a number of western New York charities, including the Courage of Carly Fund, which he co-founded with his daughter Carly in 2000. 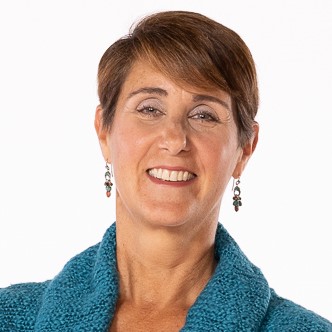 Michelle Labossiere-Hall started at Heritage Christian Services as the director of therapy advancement and is now associate vice president of customized services.

She has been instrumental in growing the agency’s clinical staff and securing business contracts that help Heritage Christian sustain a diverse and talented team. Labossiere-Hall was also instrumental in the design and implementation of the Pieters Family Life Center and in leading the agency into providing in-home care and other community-wide supports. She oversees self-directed services under OPWDD and DOH as well as health home care management.

She has participated in Cornell University’s Citizen-Centered Leadership Development Program and Leadership Excellence at the Disney Institute and was a 2016 fellow in the NorthStar Network’s Healthcare Business Academy. She is member of the Community Technology Assessment Advisory Board for the Rochester and Finger Lakes regions.

Labossiere-Hall earned her bachelor’s and master’s degrees in physical therapy at Springfield College in Springfield, Massachusetts. 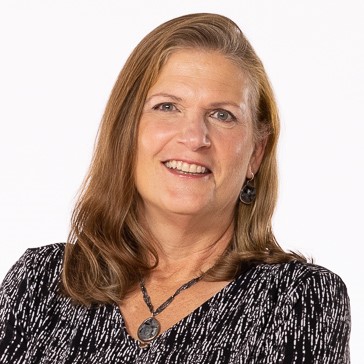 Joanie Parker started at Heritage Christian Services by working directly with people who have developmental disabilities and is now associate vice president of education and employment.

She was the agency’s first special educator and helped plan and open the first HCS day program at Twelve Corners, a forward-thinking program that has greatly influenced day programs. She has also spearheaded Heritage Christian’s involvement with Citizen Centered Leadership Development through Cornell University and oversees Eleversity and the Employment Alliance. She is part of a change team that is leading organizational efforts toward advancing a working environment that is welcoming and inclusive. 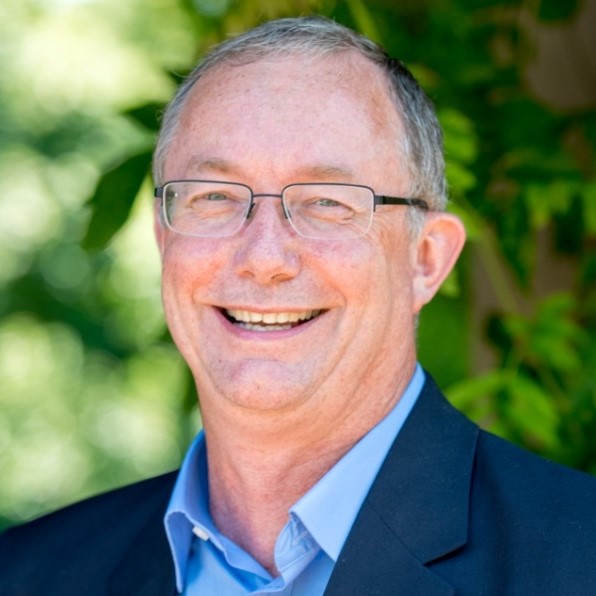 Dan Ross started at Heritage Christian Services as a corporate controller before being promoted to vice president of corporate compliance and risk management.

In his time at Heritage Christian, Ross has overseen the finance department where he has worked to expand the employee benefit offerings and advance the payroll and human capital systems. Ross has managed compliance and agency risks while leading his department in accessing and utilizing data from various systems to make informed decisions.

Ross volunteers at Browncroft Community Church where he is the chairperson for the personnel committee and also sits on their board governance committee.

Ross earned his bachelor’s degree in accounting and finance and his Master of Business Administration at St. John Fisher College. 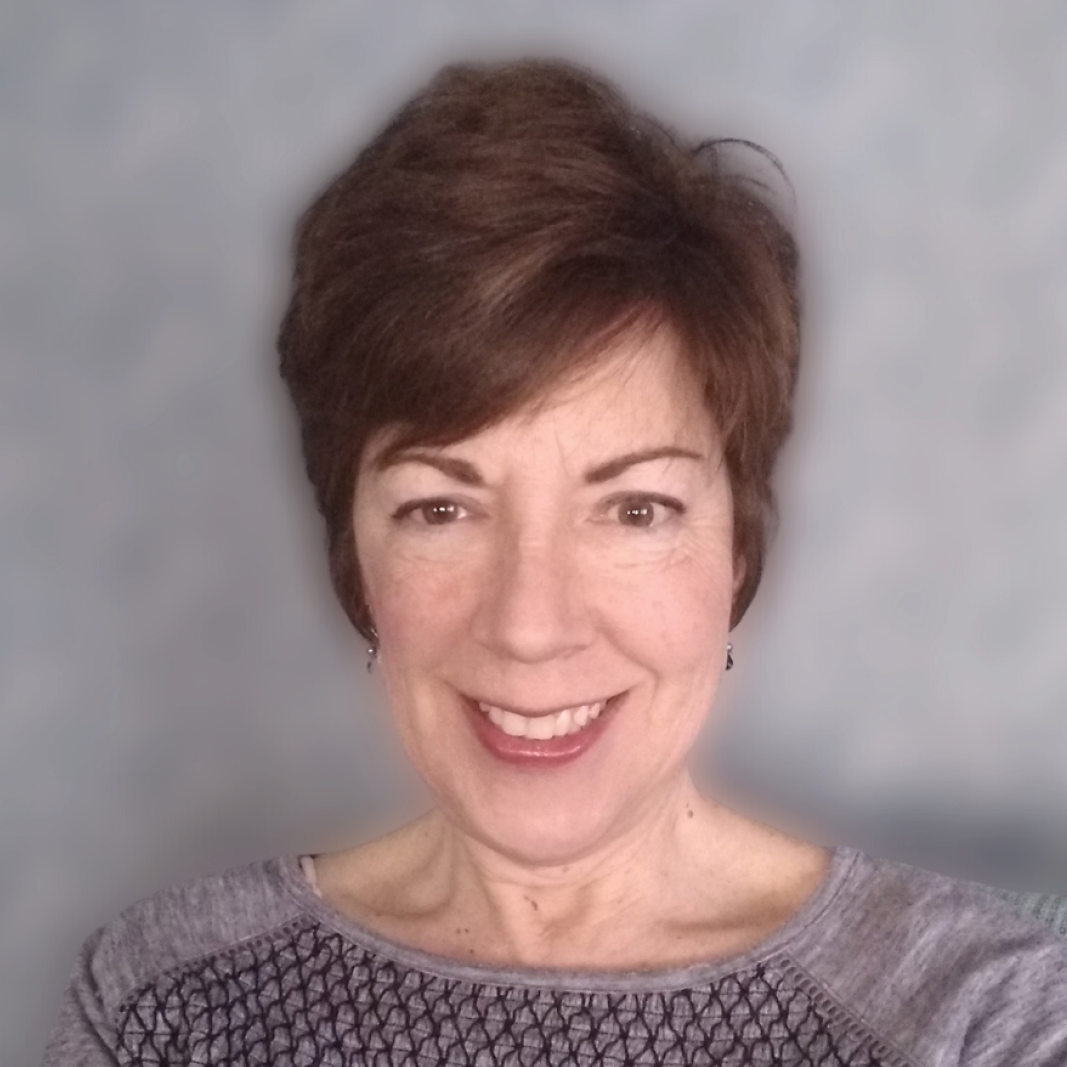 Executive Assistant to the President

Anne Brett joined Heritage Christian Services as an administrative assistant and now serves as executive assistant to the president. In this role, she provides administrative support to the executive team as well as administrative and relational support to the agency Board of Directors and agency Board Executive Committee. She is also instrumental in daily office operations, collaborating with teams throughout the organization and acting as a liaison with suppliers and service providers to create a welcoming, safe and efficient environment.

Before joining Heritage Christian, Brett held administrative positions at several local organizations in the for-profit sector. In addition to her work at HCS, Brett serves in leadership roles in her faith community.

She has an Associate of Applied Science degree from Monroe Community College.